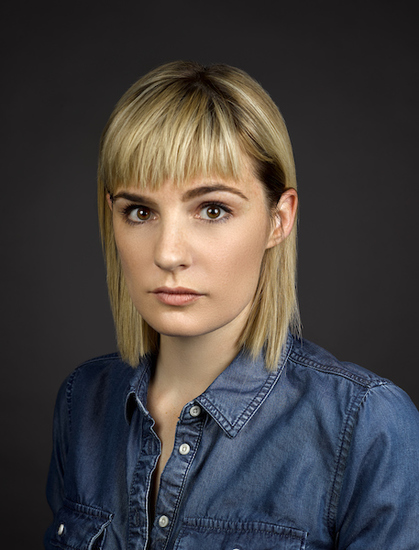 Classically trained, Fiona has played everything from the lead singer of a punk band to Winona Ryder to a ditzy blonde marveling at the redwoods for the first time. She is a company member at Theatre of NOTE, and she is in the Antaeus Academy with The Antaeus Company.

Charlotte’s World or The Lone Terrarium is Fiona’s first solo show, and her fourth time participating in the Hollywood Fringe Festival. She previously appeared as Jane/Winona in Sticky Fingers (HFF15), The Prompter in Paul Dooley’s one-man show Upright & Personal (HFF15) which she also produced, and Holly in Can’t Take My (EYES) Off of You (HFF14), as well as Lucy in Stranded (HFF13) both of which she wrote and produced.

Her original play “stranded” received a Best Writing nomination at the 2013 Hollywood Fringe Festival. Fiona also writes poetry and short stories, and she is fluent in German.