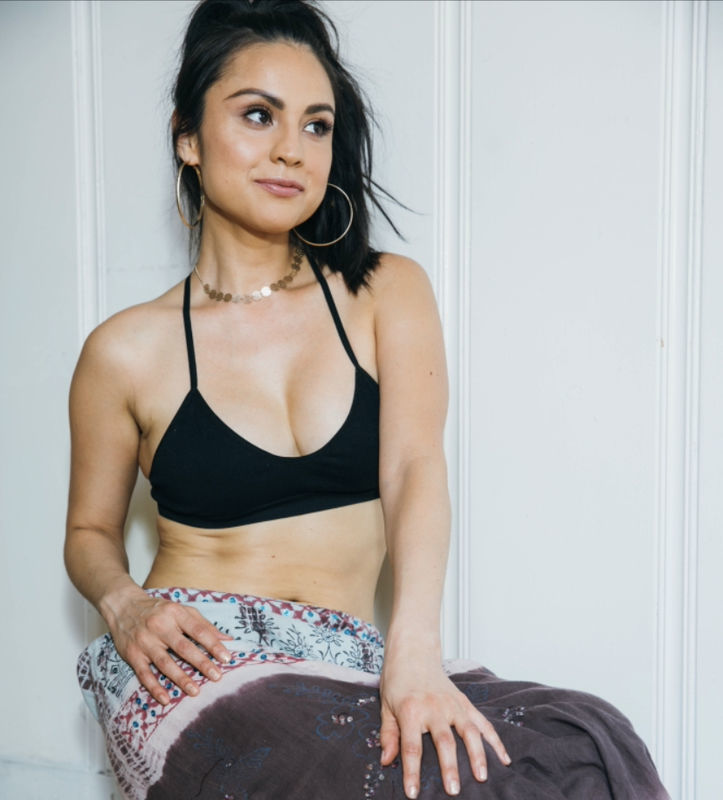 Corina Calderon is a Mexican American actress best known for her role as Jazmine on End of Watch (2012), directed by David Ayer and starring Jake Gyllenhaal and Michael Peña. She was born in Moline, Illinois on February 15th and is the eldest of 3 girls to Mexican parents, Nora Martinez and Robert Calderon, a musician. At the age of 4 Calderon started performing Ballet Folklorico with a local dance group lead by her grandmother. While growing up in Austin, Texas, at 15, she started waiting tables to pay for her dance classes. She then started to attend theater classes at Austin Community College, but then went on to study with Mona Lee Fultz, Ben Taylor and Van Brooks at Two Chairs Studio. While taking acting classes, Calderon continued to pursue dance and joined a dance team for a local hip-hop radio station.

Before moving to Los Angeles in 2011, with the help of Sally Allen and Toni Cobb Brock, Calderon booked her first lead role in the Sundance-nominated feature film, All She Can (2011). She was named Breakout Actress of The Year and Actress to Watch at the 2011 Sundance Film Festival on Deadline.com for her leading role and her performance was recognized by The Hollywood Reporter as, “An auspicious debut as a leading lady.” Praised by Director Amy Wendel as, “Someone who will go on to show the world something interesting,” Calderon was nominated alongside Gina Rodriguez, Eva Longoria and Eva Mendes for Best Film Actress at the Imagen Foundation Awards in 2012. She recurred on the TNT hit series Murder in the First (2014), created by Steven Bochco and starring Taye Diggs. She also landed a lead role alongside Emmy-nominated actor Richard Cabral in Khali the Killer (2017), released by Millennium Films. More recently, Calderon appeared in the highly-anticipated DC/Warner Bros. motion picture, Suicide Squad (2016) under the direction of David Ayer.