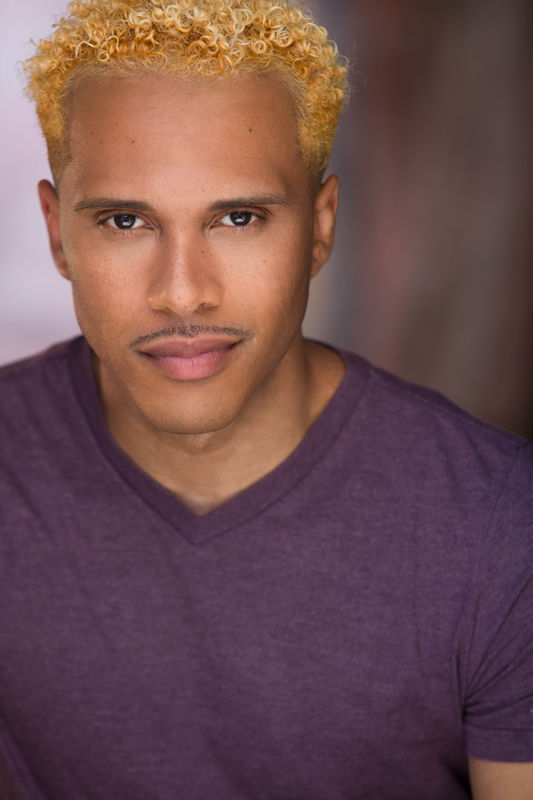 DUEAL ANDREWS is a multi-hyphenate talent and native son of South Los Angeles, California who is honored and elated to be taking on the role of Corp. Anthony Cipriani in this amazing project. The youngest of five children and the only son, both Dueal and his parents knew he was born to be performer starting at the age of 5 when he began singing Motown songs in the living room of their family house for visiting family members and friends. Since then, he has been performing in numerous stage productions throughout high school where he received his nickname, “DIVO” due to his dedication and passion for the craft. Dueal is also a proud alum of California State University, Dominguez Hills where he furthered his studies and appreciation for the art of performance as theatre arts major and received his BFA in Theatre Arts in 2011.

Thus far, Dueal has gained a great deal of exposure and media following due to his numerous stage, indie film and television credits in projects including Cheetah in August: Season 2 (Amazon Prime), Wade’s World: The Series (2KLiveTV), and the popular original drama series, The Number Reboot (Black & Sexy TV), just to name a few.

In 2014, he developed a passion to take on a more active and administrative role behind the scenes as not only a screenwriter but also as an executive producer. This passion led him to establishing his own independent multimedia production company, DIVO Productions, LLC., with a mission that  is geared towards creating daring, innovative, vital and thought-provoking content as giving a voice to diversely underrepresented to share their narratives through entertainment. Since the initial launch, Dueal has both written and produced two indie short films, Former Flames (2015) and In A Dark Place which wrapped production in August 2020 and set to be released in Spring 2022.

In his spare time, Dueal enjoys hiking, bowling, working out, singing karaoke, dining out and binge watching shows on Netflix. He continues to study and hone his skills as a working actor. Andrews is currently represented commercially by Luxe Talent Agency.