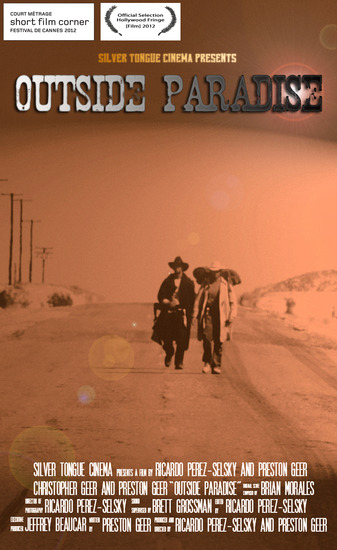 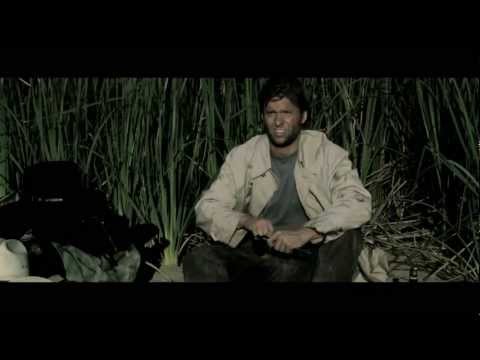 Set in the not too distant future, Outside Paradise follows two southern brothers, Dale and Cole Cain as they travel along a post-apocalyptic American landscape in search of their survivalist grandfather. Amidst the desolation, Cole Cain raised his younger brother Dale to be strong, vigilant, and confidant in his convictions. But when Cole recognizes that his brother has become a vicious, cold-hearted murderer, he seeks redemption for his own sins. Armed with Antique 1873 Colt Peacemaker revolvers, a gross misinterpretation of the Holy Bible, an unshakable quest for justice, and an unhealthy obsession with their favorite Hollywood Western heroes, the Cain brothers embark on an Odyssey across the desolate New America.

At its heart, Outside Paradise explores the themes of loyalty and love between brothers, the misuse of power, the complex essence of bigotry, and the question of what makes a boy a man in our society.

Premiering at the Cannes Short Film Corner 2012 (Festival de Cannes), ‘Outside Paradise’ is the First Act of a Feature Film.

You can view the teaser trailer for the film on James Caan and Robert Duval’s independent film website at: www.openfilm.com/videos/outside-paradise-trailer