D is for Dog 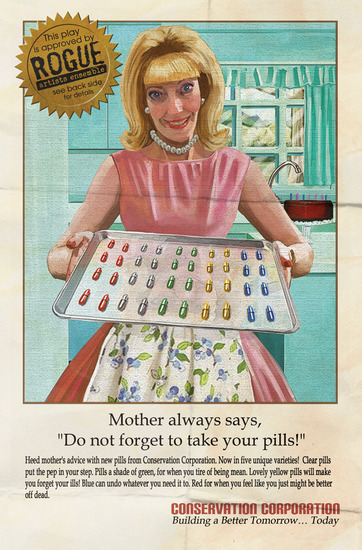 In the seemingly innocent home of the Rogers family, life is like a 1950s sitcom—or is it? All is not as perfect as it seems. Mr. and Mrs. Rogers and their two darling children, Dick and Jane, must confront their history and identity before it is too late, with only mysterious phone calls and a forbidden book as clues. D is for Dog explores the themes of family loyalty and compassion using iconic imagery from 1950s television blended with startling elements of horror and science fiction. Mixing puppetry, live actors, original music and video projection, the play takes audiences from the absurd to the terrifying, and everywhere in-between.

Critic’s Choice! “…a dynamite cast.. a peak at the future…” – Backstage

LAist raves! “D is for Dog questions what it means to be truly human, compassionate, and alive; and how hard we are willing to work to preserve those essential qualities…What appears happy and idyllic on the surface slowly devolves into a grim and scary horror show mantra of broken illusions.”