The Pirate Laureate of Port Town 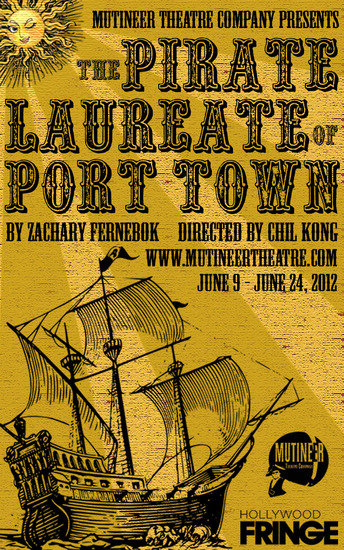 In “The Pirate Laureate of Port Town” by Zach Fernebok, the bloodthirsty captain of the feared Chartreuse plans to plunder and pillage Port Town. Determined to settle an old score, he is depending on Finn, the ship’s poet, to rally the misfit crew into attacking the Well-Fortified and Treasure-Laden Lighthouse Mansion of Governess Cesealia. (She’s rich, she can spell it however she wants.)

Instead of knocking out another “Ballad to Bravery,” Finn writes a soulful sonnet to Sandy, the sweetheart he abandoned in Port Town before he was old enough to storm her battlements, if you get our drift. With cannons trained on the unsuspecting village, Finn must decide between his duty and the cutie; between his shipmates and his playmate; between booty and boo-tay. It’s enough to make a pirate say “arrrrrrrr.”