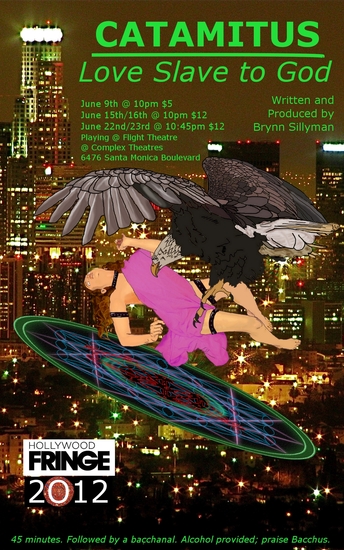 The ancients say that Ganymede was the most beautiful of humans. The sky god abducted him for his own lover, snatched into the Heavens as the constellation Aquarius, the water-bearer of the divine. The rape of Ganymede (for in ancient tongues there is no difference between raping and taking) is often interpreted by artists as the human soul aspiring to immortality- the ascent to spiritual perfection. Others display its homoerotic and aesthetic value. Still others depict it as horrifically as most would think of rape today.

For Ben, Ganymede is all these things. Ben is a mythology-loving being raised in what some theologians call the violent and spiritually degenerate age of Kali Yuga. Others call it the spiritual and truth-seeking Age of Pisces. Still others call it the Galactic or Universal or Lord Knows What Else Cycle of the Mayans, which some say ends in “The Year of Our Lord” or “Common Era” 2012. Ben is a rational student of language- and yet he is also susceptible to the madness lurking deep within all humanity. Join him while he experiences Revelation as John did on Patmos- the Apocalypse- the Lifting of the Veil into the Age of Aquarius. Ganymede will serve alcohol; praise be to Bacchus.