Thom Pain (based on nothing) 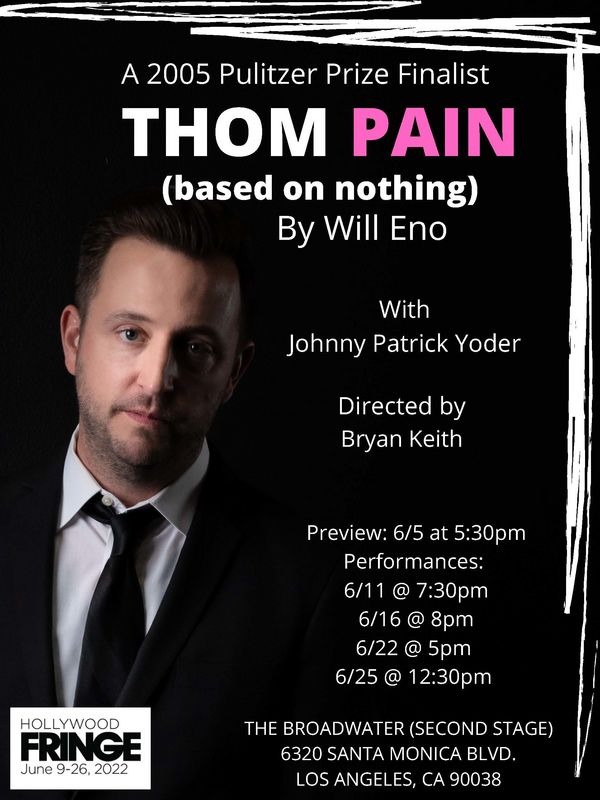 This 2004 solo play has been thrilling and bedeviling audiences since its 2005 off-Broadway debut, which starred James Urbaniak and garnered critical raves, going on to become a Pulitzer Prize finalist. It is an existential comedy … or maybe it’s not … about the beautiful mysteries of the human experience
and what may happen when one holds on to them, never being able to make total sense of them, buries them — and then suddenly needs to talk about it all. A meditation on disappointment? An exercise in futility? An attempt, perhaps, to not feel so alone in the world.