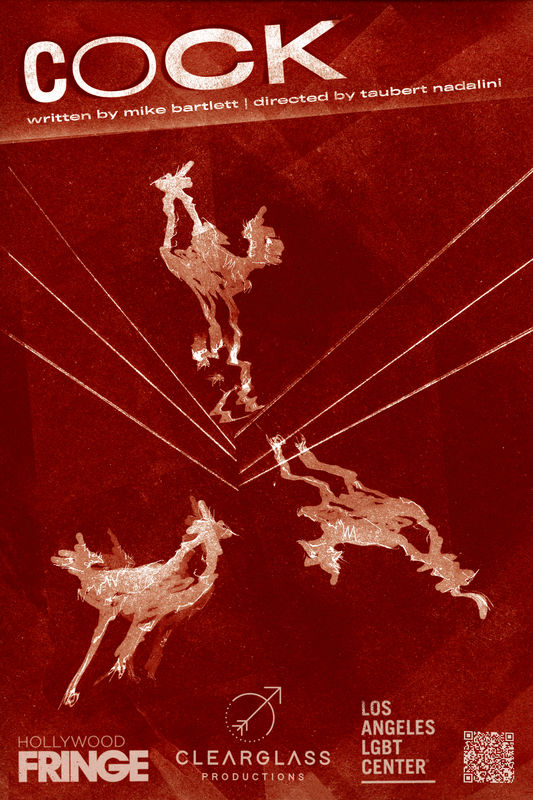 Not only that – ONE-HALF OF THE BOX OFFICE proceeds from the extended performances will benefit the free and low-cost housing youth programs and services at the Los Angeles LGBT Center.

Nominated for BEST DRAMA! Encore producer’s award recipient!
Come see why StageScene LA said, “One of the most impressively staged and performed productions I’ve seen at Hollywood Fringe since the festival was inaugurated back in 2010.”
“Fringe PICK!” – LA TheatreBites
“Fringe HIGHLIGHT” – Larchmont Buzz

An award-winning play by British playwright Mike Bartlett. When John takes a break from his boyfriend, he accidentally meets the girl of his dreams. Filled with guilt and indecision, he decides there is only one way to straighten this out…

Mike Bartlett’s punchy new story takes a playful, candid look at one man’s sexuality and the difficulties that arise when you realize you have a choice.