Grief: A One Man ShitShow 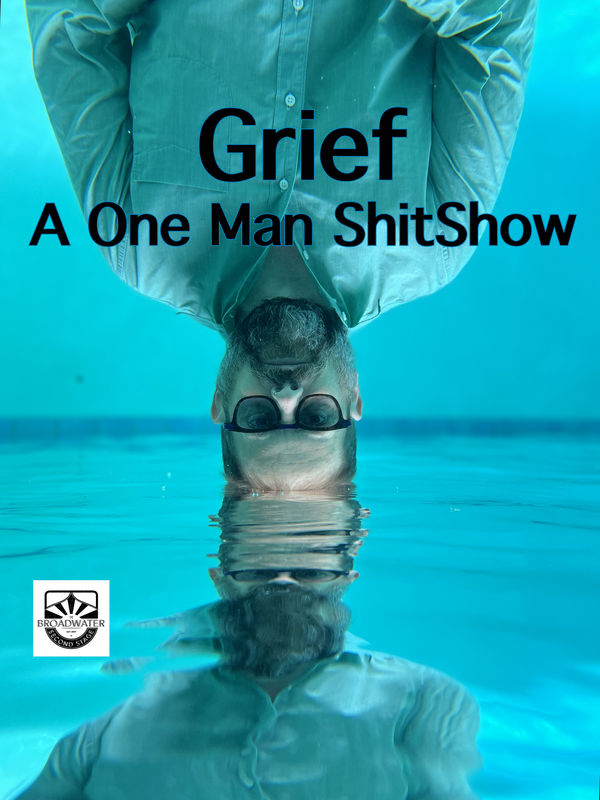 BEST OF BROADWATER WINNER!! EXTENDED FOR ANOTHER WEEKEND!!

KCRW Opening the Curtain Theater review from Anthony Byrnes:
“You need to go see Colin Campbell’s “Grief: A One Man ShitShow.” … Colin understands how difficult a journey this will be for the audience. He takes care of us by naming that and through his skill as a theatre maker and his generosity as a human. He lets us know that some us might laugh as others cry and he’s up front about the tragedy. As he says, “there’s no third act reveal.”… Colin is using theatre as a guide not for his soul but for ours. He is going to share with us the journey that he’s been on the last three years, not to have us indulge in his pain but rather to share with us a journey we will all make. He’s guiding us through the grief we’ve either already experienced or inevitably will… You will be glad you went and as difficult is the journey is, you’ll feel better and your soul a bit bigger for having experienced it."

StageRaw Theater Review by Steven Leigh Morris
“RECOMENDED… There is nothing maudlin in Campbell’s colloquial, animated approach to what might be called an unimaginable horror, except that Campbell imagines it in detail, working through a multitude of aspects that accompany such heartbreak… Campbell and Schlitt have struck a remarkable balance between tragedy and glibness that settles on a sensitivity, tinged with bitterness and humor, that’s chastening for its self-awareness… Like the Greeks whom he emulates, Campbell is no fan of diversion or escapism. Life is too deadly for that, while death is an essence of being alive.”

Theater Theater Podcast review by CJ Merriman:
“I appreciated so much about this show. His honesty and bluntness. His open heart and bravery. His memories shared. I will always remember this show and the gift he’s given so many people through his pain… A brave, raw, honest (and sometimes funny!) look at grief and how one deals with it.

We’ve lost the insights of the ancient Greeks, and no longer know how to process intense grief, or talk to the grieving. People are often too scared to say anything other than “there are no words.” Colin Campbell gives words to grief. After a drunk driver killed both his teenage children, Campbell channeled his shock, anguish and rage into this tragic-comic exploration of our culture’s inability to talk about grief. Campbell will take you to the most terrifying places imaginable, and then back again. This show is not about healing, or catharsis or an afterlife – fuck that shit. This show is about life and death and mourning. Comedic and heartbreaking, profound and profane. Get ready for a rollicking bad time!

Colin Campbell is a writer and director for theater and film. He was nominated for an academy award for Seraglio, a short film he created with his wife, Gail Lerner. His production of The Ballad of Ricardo Flores Magon at the Ford Theater was broadcast on KCET TV. His Variedades on Olvera Street was also broadcast on KCET TV. His production of his play, Golden Prospects was nominated for five LA Weekly awards and was Critic’s Pick in TimeOut NY and LA Times. His webseries, Dealbreakers, is on Amazon Prime. Colin has written and directed for Instant Films, winning Best Writer, Best Director and numerous Best Film Awards. He has taught Theater and/or Filmmaking at Chapman University, Loyola Marymount University, Cal Poly Pomona University, Relativity Education, and to incarcerated youth through The Unusual Suspects. He has worked with numerous theater companies in LA including Cornerstone Theater, Actors Gang, A.S.K. Theater Projects, Taper New Works Festival, Theater Neo and Neurotic Young Urbanites. Colin is currently writing a book for TarcherPerigee, an imprint of Penguin Random House, titled Finding the Words: How to Work Through Profound Loss with Hope and Purpose.