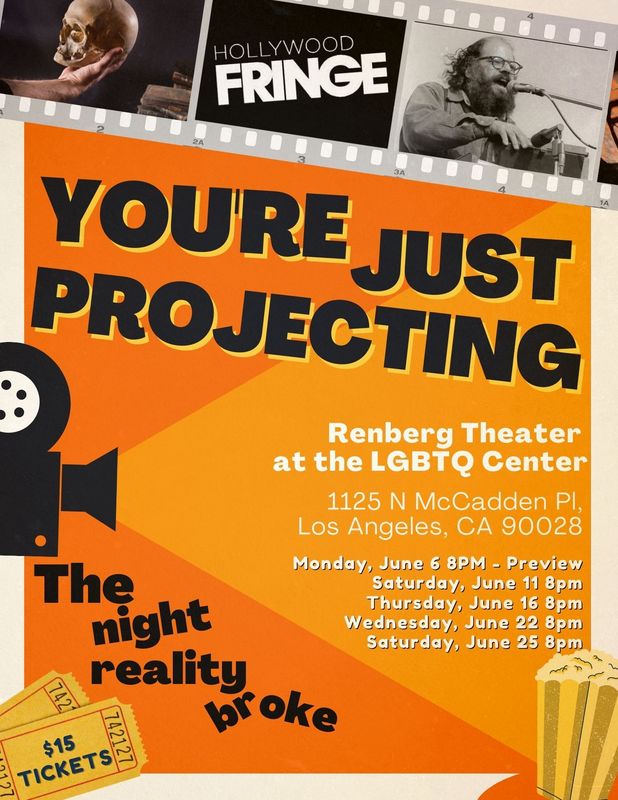 During a movie in a theater, an actor who plays Hamlet in a production across town can’t take it any more. He calls for the movie to be stopped. A fascinating philosophical conversation breaks out among the movie audience. Among those in attendance are Allen Ginsberg, the famed beat poet, a physicist, a rabbi, a priest, and others from all different walks of life. Einstein’s theory of relativity meets the bard’s greatest play, and then… things take an even weirder turn. An event takes place that (spoiler alert) touches on the ultimate truth of the universe. Join us for a surreal, fascinating, mysterious, and above all, hilarious evening traveling through spacetime with this amazing ensemble cast.