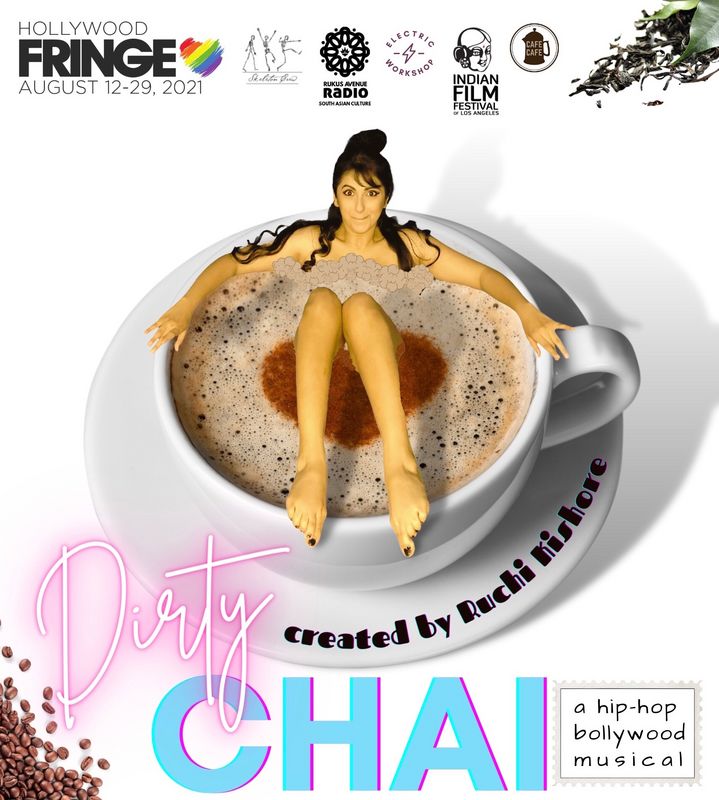 👧🏽 Chaya Chandrika Gopi, or “Chai” as she likes to be called, is a rebellious Indian-American bride-to-be.

Chai’s parents have promised her to a nice Indian boy and the wedding is in ten days. With her back against the wall, not yet ready to give in to this assault on her freedoms, Chai leaves home but unexpectedly falls in love with a charming & mysterious stranger, making a powder keg out of an already complicated situation. Chai finds forbidden love with a fearless American girl, Ronnie, and is trapped between upholding her family’s traditions or following her heart, which goes against everything she’s been taught.

Chai is a messy concoction of two very different cultures, two conflicting identities, and two opposing desires, just like the dirty chai she orders each morning- a perfect brew of espresso and chai (tea).

Filled with excitement and sarcasm, DIRTY CHAI challenges the walls of formality, fear, and judgment that separate people. Every cause has an effect in this intricately interwoven dramedy about human lives, embracing family, and the chaos of falling in love.