Postcards From A Bench 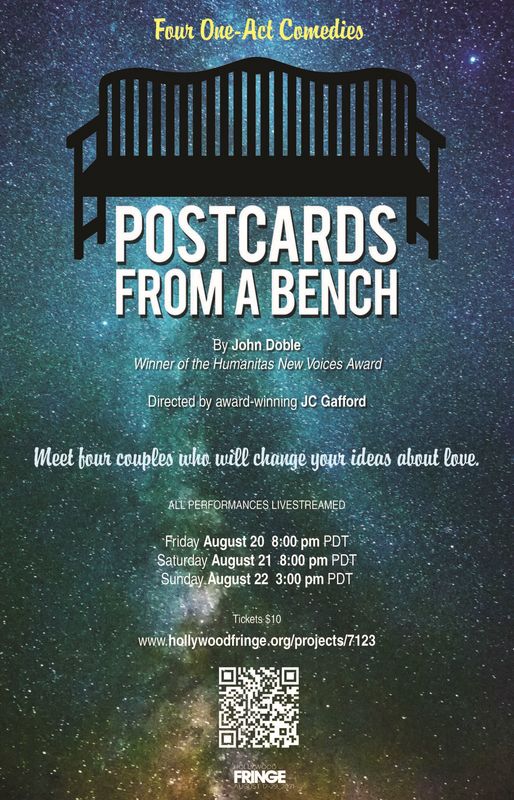 Meet four couples who will change your ideas about love.

NOTHING NEW UNDER THE SUN: A man meets a strange woman on a park bench. When we say strange, we mean strange!

TRY, TRY AGAIN: What do the Renaissance, World War II and Donald Trump have in common? Would you believe one hellava lot?

TWILIGHT TIME: A comedy about suicide?? Strangers meet on a park bench with a common purpose – they’ve both decided to end it all. Spoiler alert: they don’t.

ESP: A couple with a mischievous dog communicate so well they can almost read each other’s minds. Really?

nothing new under the sun: frank

nothing new under the sun: jeetra