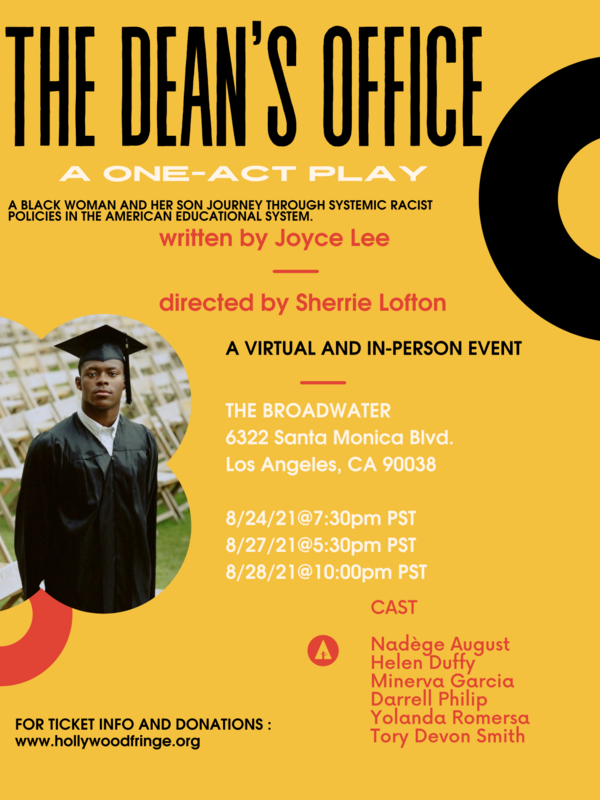 A Hollywood Fringe Festival Diversity (and Impact) Scholarship Recipient!
“The Dean’s Office” repercussions of systemic racism in education are revealed. The effects harm Tamara, a black mother, her son, Sir, and the school administrators that have no power to fight the deep-seated system. In the first scene of the one hour ensemble piece, it is 1984 and 20-year-old Tamara is an acting student at a prestigious drama school. Tamara and her classmates are outraged by a senseless and “racist?” comment from their professor. This experience in her youth follows her throughout motherhood. In the second scene, set in 2009, Tammi’s distrust for school administrators is in full blast when she has to protect her son, Sir, from school policies designed to hurt BIPOC students. In scene three it is 2019, and Sir is all grown up in the dean’s office again, ony this time he is a young educator. When a polarizing school policy upsets and unravels the entire community, Sir turns to the dean for guidance.