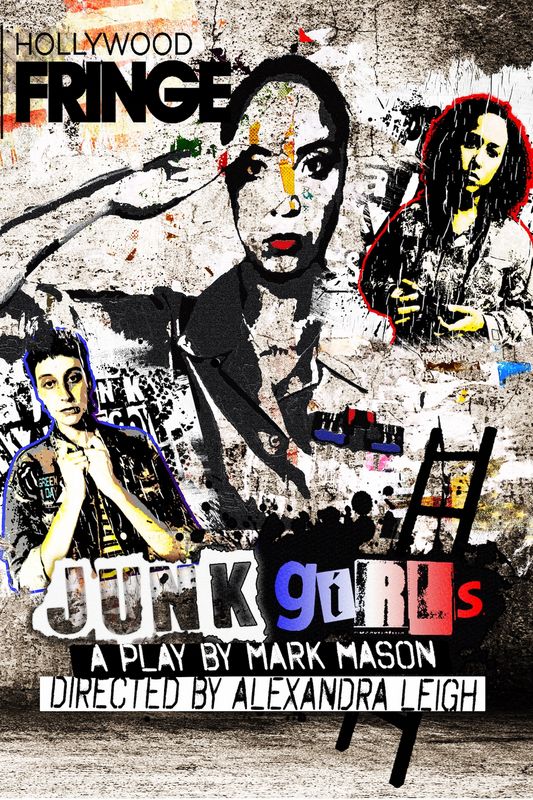 January, 2007. Three young women— a Jewish punk-rock connoisseur from Michigan, an African-American combat photojournalist from Brooklyn, and a US Army casualty notification officer from Illinois— become stranded by a snowstorm in small-town Minnesota at the beginning of the bloodiest year of the war in Iraq. JUNK GIRLS is about the horrors of war, the terrible beauty of love and the loneliness of being lost forever in America. It’s a play about how memories mix with longing and make the future a terrible place to die: it’s about life, it’s about death, it’s about listening to The Misfits while making TV dinners, it’s about Nat King Cole songs in dive bars, it’s about erotic photos taken in an Army base, it’s about speeches by President Bush, children without mothers, dancing in airport bars and flag-draped caskets coming home, it’s about hope without meaning and dreams without waking, and about finding hope in the ashes of America, and it’s also a comedy about getting the worst news of your life.

This show has a mix-and-match variable cast with each show being fresh and different.

Important For all in-person performances, you will be required to wear a mask indoors in compliance with the current LA County mandate. In addition to wearing a mask, you will need to present proof of vaccination against COVID-19 or a negative COVID-19 test (within 72 hours) along with a photo ID.

On the day of the show, please arrive early to allow time for parking and checking vaccine cards at the box office.

There will be no late seating.