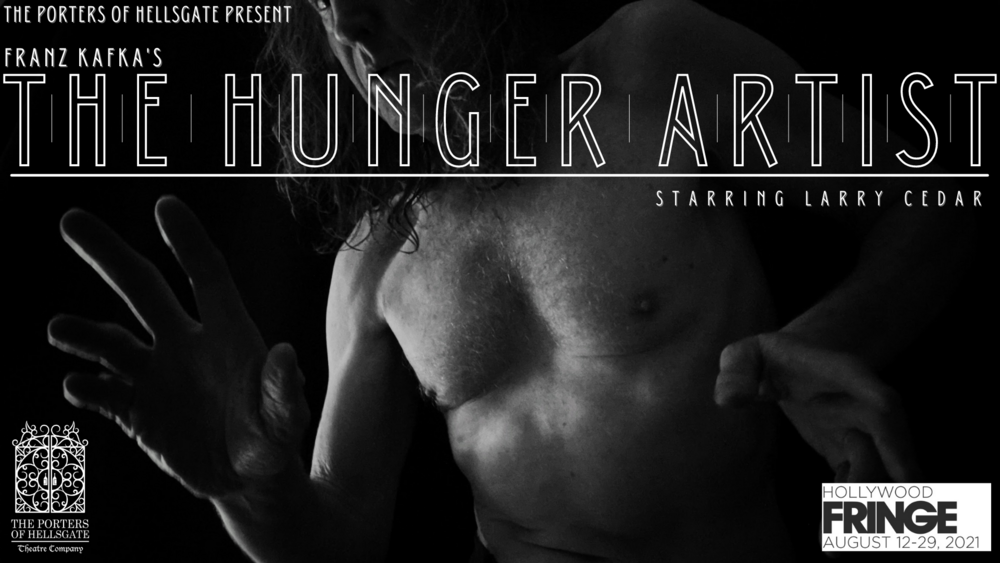 THE HUNGER ARTIST by Franz Kafka, starring Larry Cedar, makes its debut at this year’s Fringe, marking the fifth in a series of one-man literary stagings adapted by Cedar beginning in 2013 with ORWELLIAN (based on the works of George Orwell), NOTES FROM THE UNDERGROUND (Fyodor Dostoevsky), LETTER TO MY FATHER (Kafka), and THE BURROW (Kafka). THE HUNGER ARTIST, newly translated by British playwright Howard Colyer and directed by Pamela Cedar, with Cinematography by Curtis Davis, traverses themes of art, isolation, spirituality, and death by way of a fading 19th century street performer, once famous for his capacity to survive weeks on end without food. The Artist speaks of his past, his ascetic talents, his dreams, victories and failures, all the while contemplating his purpose and the meaning of a life eternally set against by forces beyond his control.

Upon receiving his MFA in Acting at UCLA Cedar was signed to an artistic development contract with Universal Studios. What followed was a career spanning more than 40 years and encompassing acting work in more than three hundred film, television, stage,and commercial productions. An avid monologist, other one-man performances include BILLY BISHOP GOES TO WAR and AMERICAN FIESTA at The Colony Theatre. Perhaps best known for his recurring role in the hit HBO series, DEADWOOD where he played opium-addicted card dealer Leon Stalsworth, others will recognize him from his work in the PBS educational series, SQUARE ONE TV.

THIS PERFORMANCE IS PAY WHAT YOU CAN. SET YOUR OWN PRICE.

the porters of hellsgate theatre company *