Empanada for a Dream 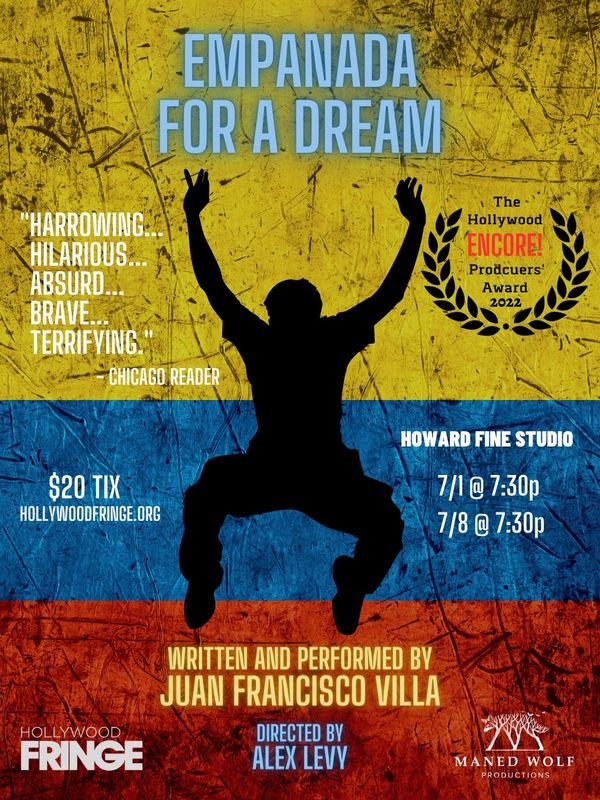 WE’VE EXTENDED!!!*******
“The undoubted highlight of the festival… If John Leguizamo’s ‘Freak’ had a body count…”-Kerry Reid, Chicago Tribune

Juan Francisco Villa’s award winning show returns to the LA stage after performing across the country. EMPANADA FOR A DREAM transports the audience to Allen Street, in New York’s Lower East Side, where everybody’s blasting music – bachata, merengue and salsa. Everybody’s cooking – platanos, arepas, and empanadas. Boys play baseball and football on the street while the most beautiful girl watches from a window. In his living memoir, Juan Francisco Villa uncovers the treasures of his family’s dark legacy.

“Villa hit me right in the heart…expertly presented…Catch it before it closes.”-Rose Desena, Los Angeles Post

“Harrowing, hilarious, absurd, brave, incredibly well crafted yet terrifying in its rage, Villa’s memoir of growing up in the drug culture of Manhattan’s lower east side reminds me of nothing so much as William Carlos Williams’s advice to readers of Allen Ginsberg’s “Howl”: “Hold back the edges of your gowns, Ladies, we are going through hell.” -Tony Adler, Chicago Reader