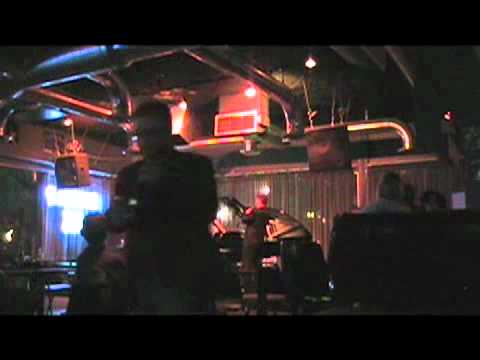 Klezmer, Bollywood and Rock: Get your groove on with the Helix Collective!

Classical Revolution LA’s resident ensemble, Helix Collective, plays mash-ups of Bollywood, Klezmer, Waltzes, Rags and Rock and teaches you all the right moves to join in! Behind the music is a line-up of seasoned and up-start composers, all with a talent for writing music that rocks! You’ll wiggle your hips to film composer Mark Weiser’s Bollywood Dances. Next you’ll grab a partner for the Waltz, and circle dance to the Klezmer, by New York composer Stephen Dankner. Venezuelan composer and dance bandleader Victor Marquez will take you down south and then Phil Popham’s Knights Ho Gals and Ram-Tam Thank you Ma’am, will give you a chance to head-bang Renaissance-style. You’ve never been to a dance club like this one!

About Helix Collective
Helix Collective is known for their fresh, fun and high-energy performances. The group is dedicated to expanding the definition of classical music by mixing popular, world and classical styles together. Fanfare Magazine said of their debut album, All In; “If there is a book about how to make an appealing CD, the Helix Collective have surely read it.” Audiophile Audition recommended the recording for its “fine musicianship and beyond the ordinary programming.” The ensemble is comprised of Sarah Robinson, flute, Phil Popham, oboe, Nic Gerpe, piano and Sidney Hopson, percussion.
www.helixcollective.net

Hollywood Fringe June 14 – June 24, 2012
The Hollywood Fringe Festival is an annual celebration of the emerging arts. Environments for the Fringe include both traditional and unorthodox venues; fully equipped theatres, street corners, clubs, bars, and places unexpected. Performances are self-produced by local, national, and international arts companies and independent performers. In the spirit of most Fringes, participation is open and uncensored.
www.hollywoodfringe.org