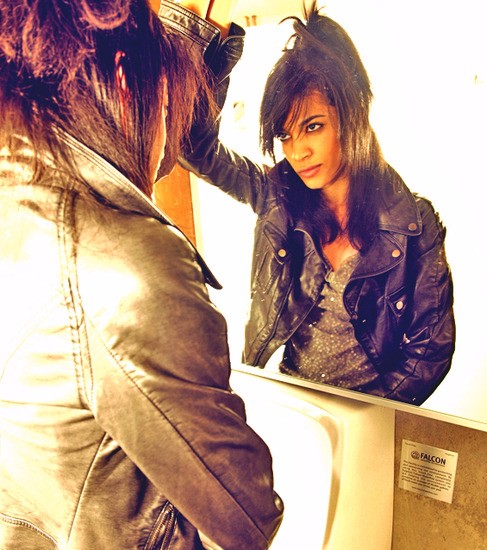 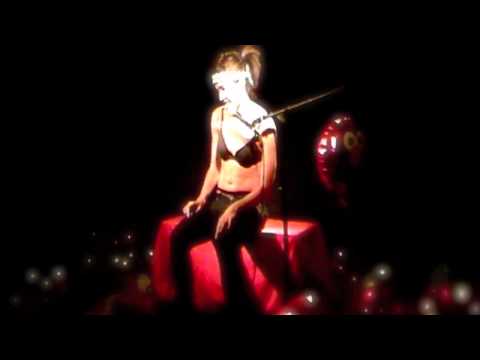 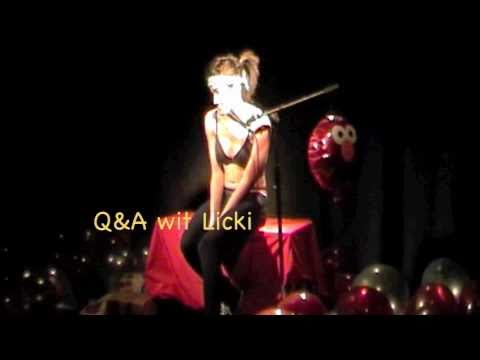 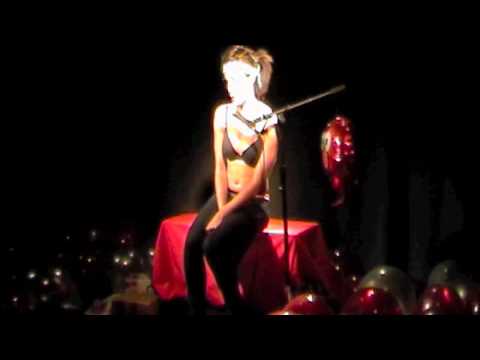 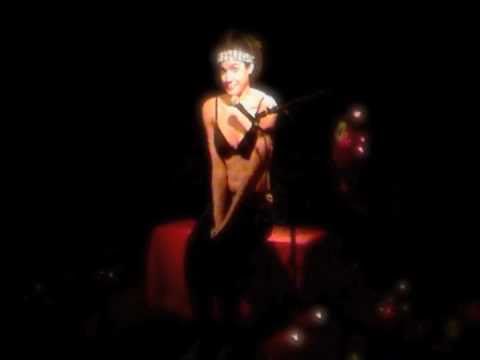 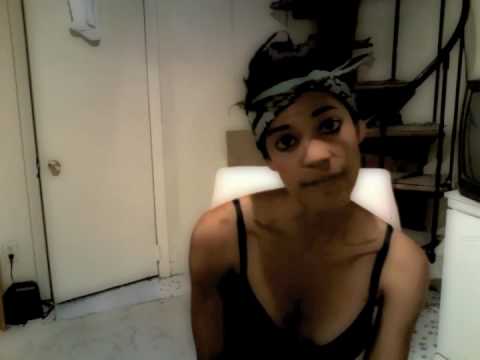 Licki Ucroj “knowz” how to do thangz with wordz. Originally inspired by hip-hop icon Nicki Minaj, the rapper believes in the transformative power of language. She sings, speaks, and proselytizes: propagating a faith in words and their power to heal broken hearts. Wounds were made for licking.

Originally performed by Lauren Neal in November of 2010 and March of 2011 at production workshop at Brown University. Recipient of Creative Arts Council and Open Jar Foundation Grants. This instantiation will be updated with new music, songs, jokes, text, etc.

ARTICLE FROM BROWN DAILY HERALD’s POST- MAGAZINE,
11/11/10: “how to do thangz with words” by Lauren Neal

I’m an actor. I’m the child of a white mother and a black father. I don’t have a lot of money. I’m female. I’m queer.

Given the difficulty I still have stating these seemingly simple words, it was not only natural but also necessary for me to enroll in a Theatre Arts & Performance Studies course entitled “Acting Outside the Box: Considering Race, Class, Gender, and Sexual Orientation in Performance.” Directed by Kym Moore, students conduct extensive research in service of monologue and scene study assignments. We play ethnicities, ages, genders, and orientations not our own. We combat previously held social, cultural, and political assumptions. We allow questions to lead only to more questions. We creep toward understanding others by first acknowledging – and then inhabiting – others’ experiences and words without reserve or retreat. Is our work revolutionary? I’m not yet sure.

I do know this: I find it difficult to leave the room when class ends, as the environment we have cultivated is one where people actually listen to one another. After class, eyes avoid my gaze when I speak. After class, minds wander when I attempt to offer up my strengths or expose my weaknesses. After class, I don’t listen well to others, either. I don’t listen or share much for fear my heart will spring a leak until miniature puddles muddy the bottoms of my feet, my liquid courage kicked to the curb and pooled in the street. I remain well protected: all dried up in some desert void of really feeling, really listening, really seeing, and really saying.

There is a fortress, a strong-held box in my chest where I keep-safe my multiplicitous identities, my circuitous emotional history, and my unorthodox inclinations. My heart securely houses heaps of secrets, fears, nightmares, and dreams. I am afraid, above all, of not meaning what I say, of not meaning much to those who matter to me, and of becoming a mean, embittered soul if I never brave the bridge or invite anyone in.

In May of this past year, my locked box gave birth to Licki Ucroj, a hip hop- inspired alter ego to whom I gift rapped and left the key to understanding myself. Why Licki Ucroj? Phonetically, Licki Ucroj rhymes with Nicki Minaj – currently the hip-hop industry’s most coveted and controversial female icon, a rapper who uses her theatre training to vocalize verses with uncanny characterizations and dynamic performativity. Cathartically, Licki Ucroj names, and therefore makes palpable, a space for the parts of myself that make others — and me — uncomfortable, a space for the parts of myself that have little room to breathe. Laughably, Licki Ucroj is ridiculous, naïve, vulgar, and hopelessly sincere; all things I am, and all things I often loathe being.

I am not interested in ‘art for art’s sake’: art that emblematizes or is created for little more than a self-contained celebration of its own existence. Licki embodies my interest in art made to ease a heart’s break, and in a heart freely tendered to better art’s overall make and efficacy. After a lifetime of entertaining and almost four years of studying performance, I have found that, for me, ‘acting outside the box’ means exploring every cardiac compartment and allowing the contents to engage in careful conversation with the comparably delicate, intricate truths of others. TAPS professor Rebecca Schneider might brilliantly add that performance is the means by which “we [as human beings] show ourselves to ourselves.”

Prophetically, when Licki Ucroj speaks and raps, she ‘tells me to myself.’ Licki is a better wordsmith than I could ever hope to be. When I forget, she reminds me that (1) words do hurt people and (2) true words have the power to do productive things.

So, truthfully, Licki Ucroj is a rapper who curses in front of her grandmother. She publicly exposes all of her underwiring: Licki wears nothing but a bra, offering a shortcut to the organ furiously beating life into her blood. She is not afraid to be honest. Licki Ucroj is me and she is not me, highlighting a fundamental problematic of performance studies: an actor both is and is not the character she plays. Every human – actor or not – is sometimes one thing, sometimes another, sometimes both things, and sometimes neither.

Words are our artillery in the battle out of the limitations of certain boxes; words are our weapons in the war into the palpitations of myriad others.

“it’s no escape, i’m not crazy – i’m
embracing faces i’d otherwise
hate, see: no word pacing
your body’s a shot
in the dark; no phoneme’s a
waste” — Licki Ucroj