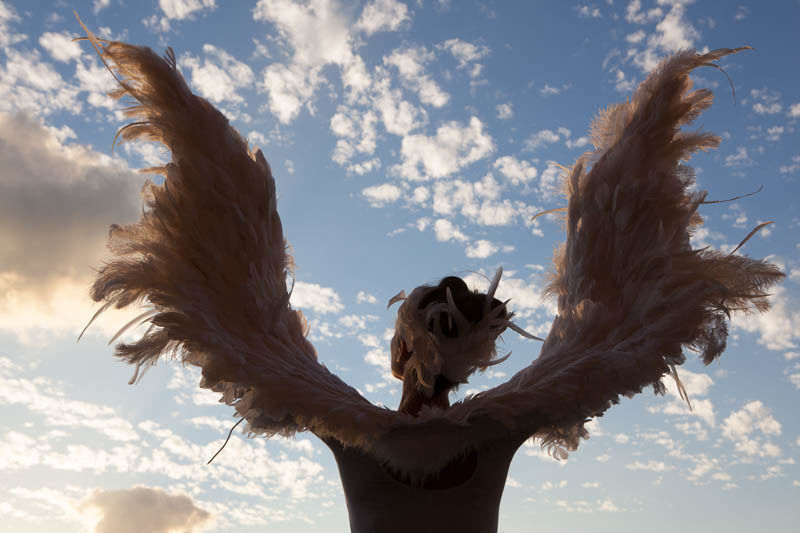 The ANGELBIRD was created by dancer, writer, and performance artist, Elizabeth Yochim. The journey took flight on the streets of Berlin propelled by her ten foot wing span and later migrated from Paris to Rome, Chicago to Dubrovnik, and then Los Angeles to remote parts of Iceland and Newfoundland.

Combining mesmerizing movement, rapt storytelling, and the singing of poems and hymns, Elizabeth tells the tale of a young chickadee who grew up with a fascination for winged beings. Finally answering their persistent call to freedom, Elizabeth created the ANGELBIRD in an effort to fly like a bird both imaginatively and metaphorically. Today her ANGELBIRD inspires people of all nations to remember their own wings, look up to the sky, stretch their arms, and take flight. Flying in formation, audience and ANGELBIRD pilot towards a future fueled by a sense of awe and wonder, and the redemptive power of love.

Elizabeth Yochim creates solo and group performative works internationally that collaborate with the environment—be it in the city or the natural world. She is an Artist-in-Residence with the Nomadic School of Wonder and has performed at festivals all over the world, most recently the Edinburgh Fringe Festival.