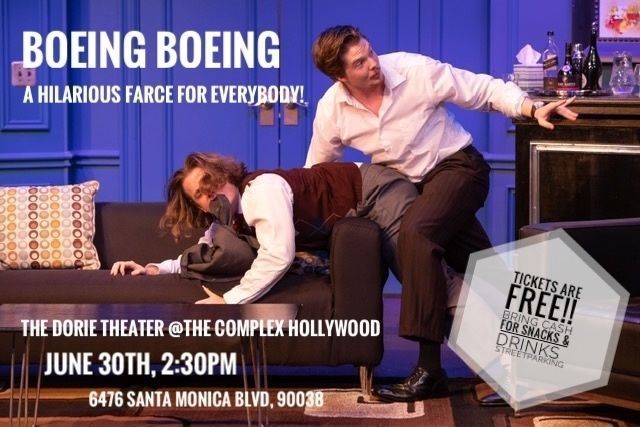 Tickets for Run opening July 19th : https://boeingboeing.bpt.me/
A hit comedy similar in vein to Shakespeare’s comedies of merry misadventures and mistaken identities, Boeing Boeing tells the exploits of French bachelor Bernard and his lovely female flight attendants. Three flight attendants, to be exact, from three different countries: and they all believe they’re engaged to Bernard! In the past, Bernard has been able to juggle these women due to his detailed timetable of his fiancés’ flight schedules. When the situation changes and all of the women end up at his apartment on the same day, Bernard (with help from his bewildered friend Robert) struggles to keep them from learning the truth. Will the lying lothario be able to keep up this charade, or will a disaster occur? As they say: all’s well that ends well!—