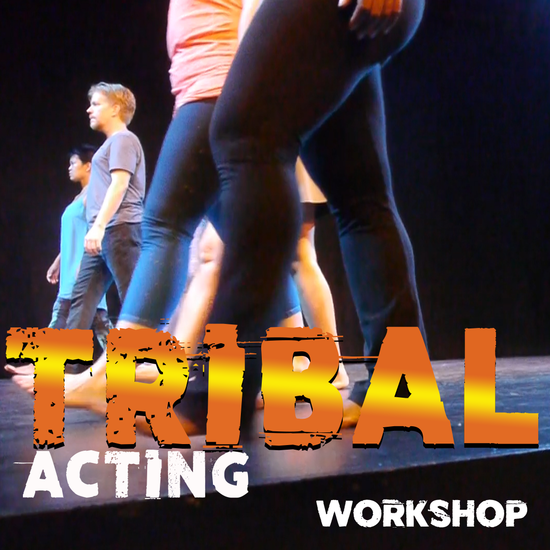 DUE TO UNFORESEEN CIRCUMSTANCES THE JUNE 15 WORKSHOP IS CANCELLED!!!!!!! JUNE 29 is still a go!!!

Tribal acting was developed by John Wuchte while working with RAKKA-THAMM!!! Theater Co. in NYC during the ’90s. Utilizing the concepts of Viewpoints, he expanded the physical-based training method to incorporate drumming and percussion. The addition of percussion feeds the actors by enhancing the natural rhythms of the words and actions and filling the world with a heartbeat.

Tribal Acting classes are driven by the ensemble of those in attendance. Classes consists of ensemble work accompanied by live drumming. This is a physical workout that is meant to free the instrument and become comfortable working with others. The voice will also get a workout as text is added and used to play in the space.

John has incorporated his percussive-driven method into all his directorial efforts. He honed his ideas while adapting and performing Greek tragedies outside in Washington Square Park each summer. His production of Balm in Gilead was underscored by 2 classical pianists and his original adaptation of The Visit was filled with a cornucopia of instruments.

Since 2000, John has been an active member of the award-winning Sacred Fools Theater Company in Los Angeles.