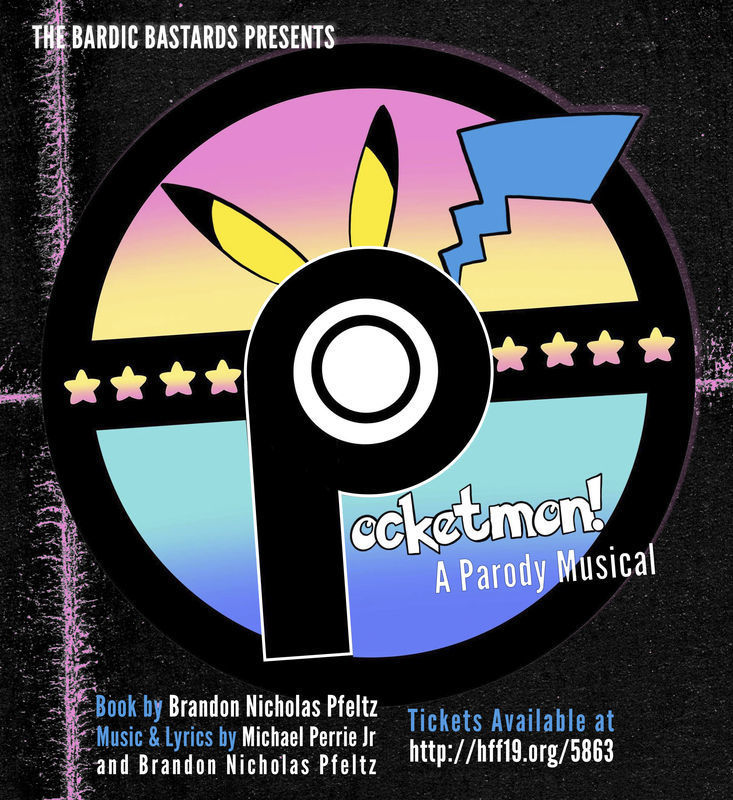 Grab ahold of your Pocketballs! The Bardic Bastards return to the Hollywood Fringe after the success of their critically derided production “The Midnight Menagerie” with Pocketmon! an adult parody musical.

Hilariously funny and heartwarmingly nostalgic, Pocketmon is a 90 minute special journey into the dark and zany world of Soot Snag’em as he attempts to battle his way to the RobLo League. Supported by his fiercely loyal friends and facing off against the homicidal Team Sprocket, he’ll learn that it takes more than a strong Pocketmon to defeat the Special Three and earn the title of Pocketmon master.

Due to strong language and mature situations, Pocketmon is recommended for audiences over the age of 16.

A loving parody of Pokemon.