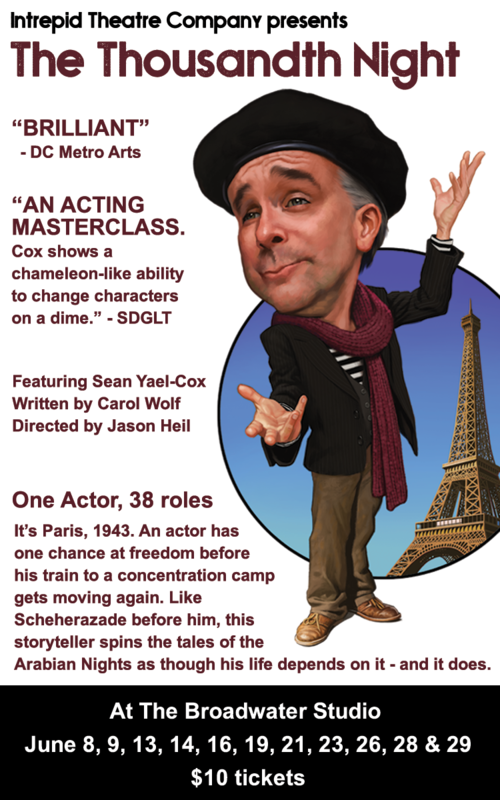 Set in occupied France in 1943, an actor is arrested for propagating subversive material and is being deported. When his train is sabotaged by members of the French resistance, he escapes from the platform and seeks refuge in the train station. His one chance for freedom before the train starts moving again is to win the support of a group of French gendarmes (the audience) by entertaining them with “amusements” that are not subversive. Playing 38 characters from The Arabian Nights, the actor becomes a male Scheherazade, spinning out stories in a chance to win his freedom. A funny yet scathing examination of complicity and self-preservation. “It’s An Acting Master Class”- SDGLT