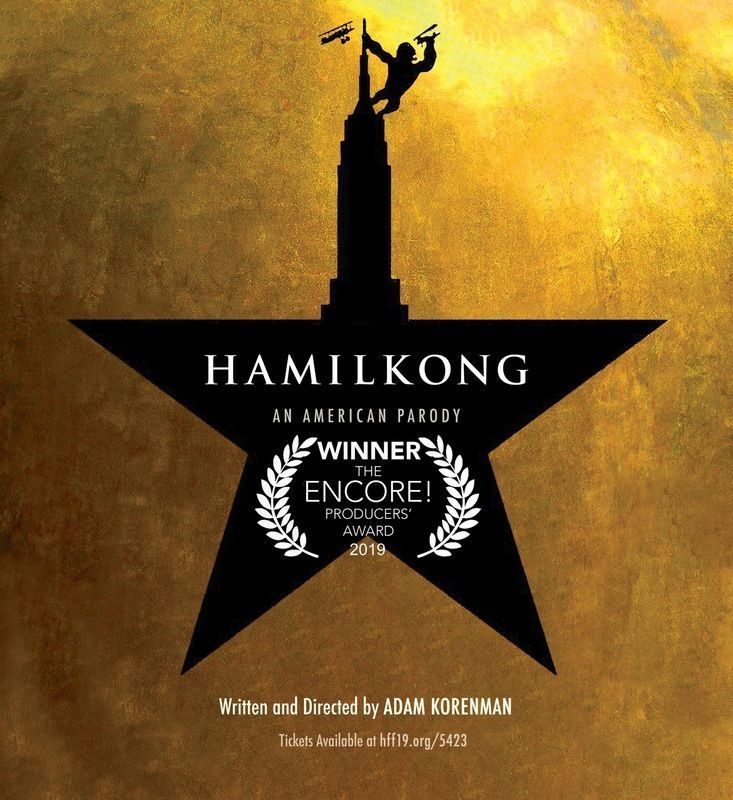 “Actors were committed and amazing, funny moments. Love the clever mash up of two iconic themes resulting in a fun and satisfying show. Recommended for both Hamilton and Kong fans.”

“This was a fantastic show! From concept to execution, this was an ambitious undertaking for a debut Fringer. I think both Kong and Hamilton fans would be impressed, amused and entertained.”

“The scale of this production is high caliber. From the costumes to the set to the technical elements (sound, lighting), the show really has something special to it.”

“The performances were great, and they have some very talented actors.”

“Outstanding!! Go see this one!”

A musical review based on the songs of Lin-Manuel Miranda’s “Hamilton,” following the discovery, capture, and murder of the Eighth Wonder of the World.

Kong longs for adventure, for love, for purpose. He spends his days fighting monsters, lounging about, and eating the occasional virgin sacrifice. All that changes with the arrival of a boat filled with scoundrels…and a beauty.