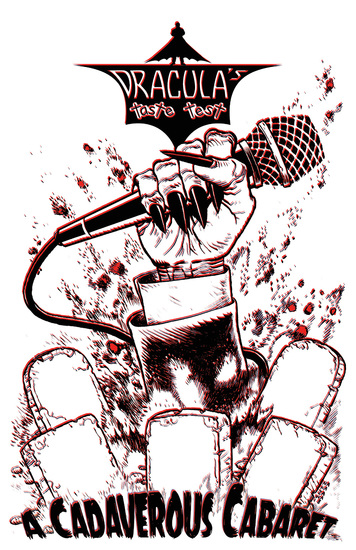 Dracula has awakened in the 21st century, his coffin having been shipped to his closest living descendant in Glendale, CA. He has purchased a bar to try and find a place to fit into the modern world, but the permits have not come through and he is unable to open the new venue. To make good on his bookings, the legendary vampire lord presents this show at Fringe. Joined by Erik, the Phantom of the Opera as his musical director, Dracula hosts his friends and battles fiends as they crash the monster bash. Special guest monsters join each show as the audience is guided from seance to sing-a-long with very little murder along the way. Fun! Prizes! You’ll wish you were undead.

Part of Sacred Fools Theater Company’s MONSTER MASH at the Fringe!
Be sure to also check out CRUNCH and JANE AUSTEN’S EMMA FRANKENSTEIN!
Info at www.sacredfools.org/fringe