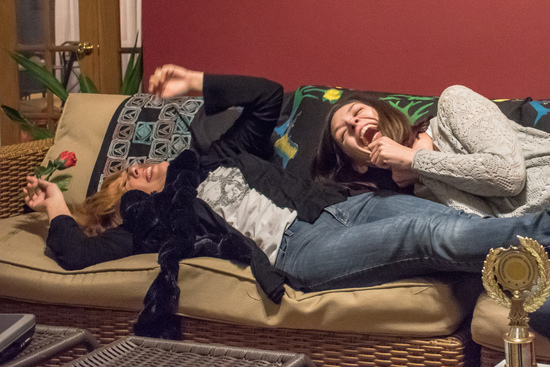 Blind Spots is a black comedy about a gay journalist who battles her homophobic sister… to the death. Set in a small New England town, Blind Spots follows Gretchen as she attempts to expose injustices on the local college campus while juggling the needs of a passionate young lacrosse player, a completely batty mother and a sexually frustrated best friend. But the politics become personal when her reactionary sister Kate blackmails Gretchen in an attempt to quiet her poison pen, leading to a showdown in which dark family secrets are exposed. Critics have described Colette Freedman’s previous work as “highly entertaining,” “meticulously carved, smart and witty rhetoric,” “moving and relevant”. With similar themes and tone to her award-winning, internationally produced “Sister Cities”, Freedman once again brings her signature wit to a complex and pressing issue in this black comedy, allowing an audience to find humor amid tragedy. Blind Spots includes a cast of five women and offers a poignant and funny look at the dysfunction that feeds family relationships.