Tell Me About Your Daddy 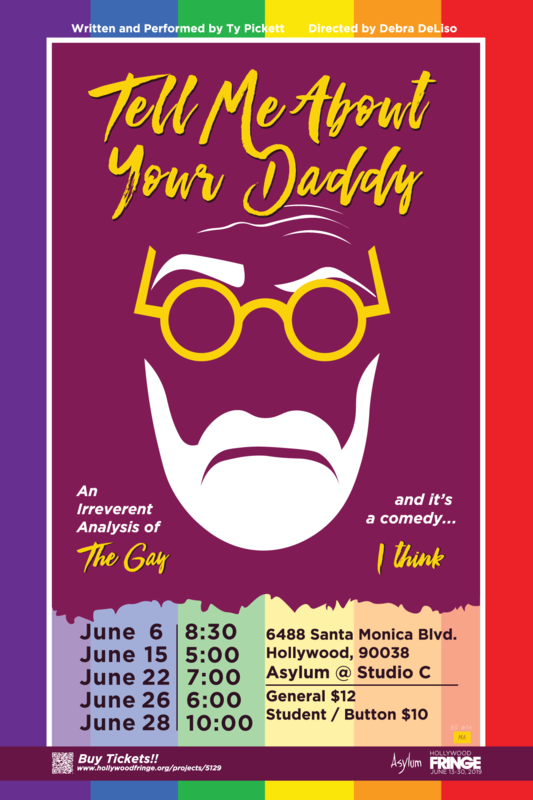 A modern Freud makes an irreverent analysis of ’The Gay’ (deconstructing four archetypes, tribalism, & internalized homophobia) while prescribing the need to label others as a way of self-identity–until his experiment spins wildly out of control!

‘Tell Me About Your Daddy’ follows the stories of the sweet and naïve Tim the Twink, ex-mormon gogo boy Jared the Jock, the gregarious drag queen Luscious, and the secretive and affluent SugarDaddy Don as they struggle with the notion that ‘you are worth only as much as what others think they can get from you’. Playful, thought provoking and unapologetically sassy!!! Plus some penis jokes. A lot of penis jokes.