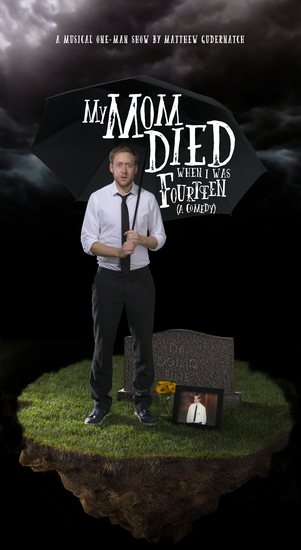 “My Mom Died When I Was 14 (A Comedy)” is an Encore Award winning one man show from Matthew Gudernatch, who touches on what it was like to lose his mother at a tender age.

There are stories, songs, jokes, and other attempts to turn all of the unending pain he’s endured into a fun performance with maybe just a pinch of male nudity. It’s like the Carol Burnett Show if she was obsessed with death as a pre-pubescent boy.