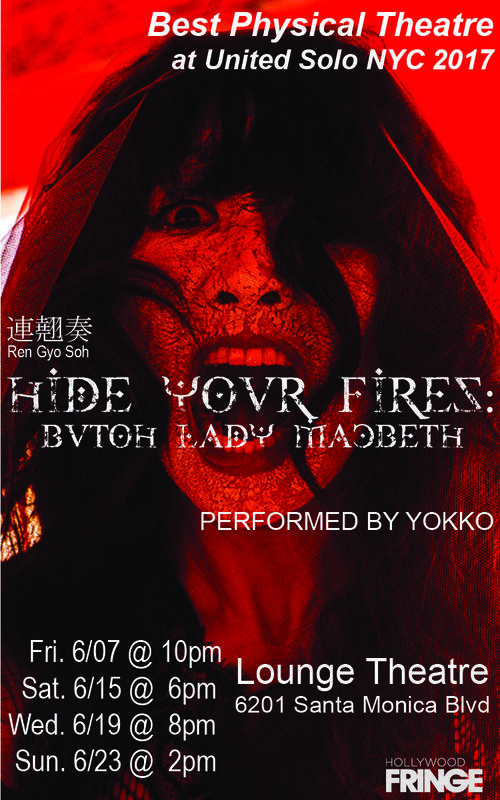 The accursed spirit of Lady Macbeth invites the audience to experience her nightmare of stifled ambition, unfulfilled desire, and ultimate loss. Telling the story solely through her perspective, this production uses Japanese Butoh dance, movement and various texts to put you inside the mind and body of one of Shakespeare’s most famous villains.

This is a part of WOMEN VOICES Project. Telling a story from a perspective of the well-known women characters in Theater.

Hide Your Fires has been developed with Pan Asian Rep’s Acting & Writing Lab with Ernest Abuba (2015), CollabFest at Triskelion Arts (2016) and NU Works Festival with Pan Asian Rep (2017 ). It premiered​ at United Solo at Theatre Row in NYC in 2017.