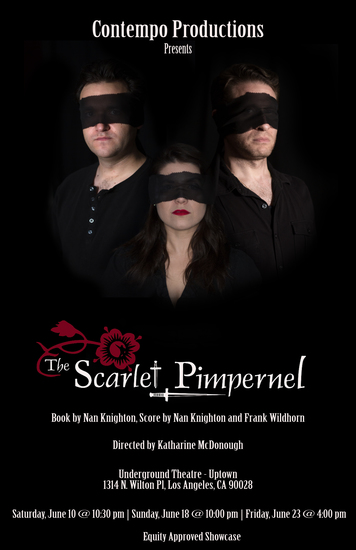 THE SCARLET PIMPERNEL is a swashbuckling action/adventure musical, based on Baroness Orczy’s famous 20th-century novel about the French Revolution and the battle for Liberty, Equality and Fraternity. Contempo Productions presents a fresh, intimate blackbox take on this epic tale featuring favorite songs such as “When I Look at You” and “Falcon in the Dive.”

With an epic, sweeping book by Nan Knighton and a rousing and passionate score by Knighton and Frank Wildhorn, THE SCARLET PIMPERNEL is a glorious window into 18th century French and British history. (Tamswitmark.com)