ensemble theatre · who's there? theatre · Ages 16+ · United States of America 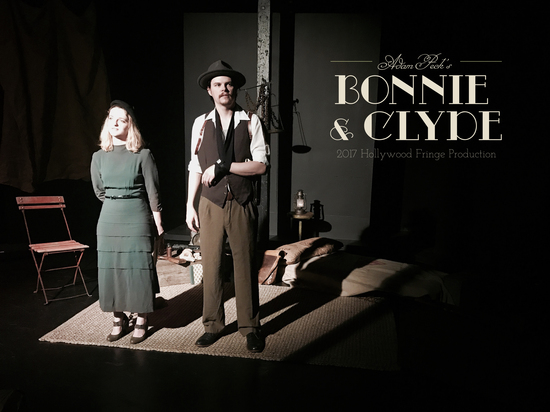 They were famous and notorious first in life and now in death. They found fame and celebrity through brutality and execution, and were themselves executed and thus immortalized as icons of reprehensible glory. The legend of Bonnie and Clyde remains undiminished today.

Icons and progenitors of ‘Reality Stardom’ and ‘Fake News’, we present the demon pair here in Adam Peck’s poetically sparse meditation on a bruised, bloodied , twistedly domestic and romantic final few hours alive together, in a bubble, in a barn.

First produced to acclaim in Bristol UK in 2010, this play has resonated down to a ‘reality’ 7 years later where the power of fame for it’s own sake, ‘unreliable’ reporting and a bloodbath of social media ‘live streamed’ atrocity seeks to fill us all with doubt, desperation and moral incapacity.