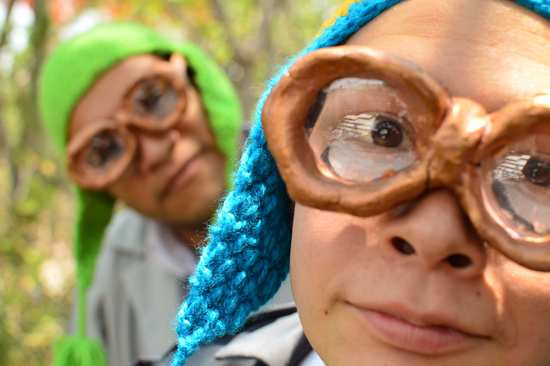 Hamlet ¿Estás o no estás?
By Víctor Grovas
​
Hamlet ¿Estás o no estás? is an interesting theatrical experiment that turns the most staged author in the planet’s magnus opus into something contemporary, with an enchanting and enjoyable staging that shows the work of constant preciseness and professionalism. In charge of the direction and acting is the creative director, actor, head of a theatre group that has staged outstanding performances of classic plays, and professor at the UAQ (Autonomous University of Querétaro), Ruy Nieves; without a doubt it is an interesting performance, it is a piece of work that is well coordinated in its arrangement, choreographies, wardrobe design and flawless allegories. Besides presenting us with the original and widely known themes in Hamlet, it deals with themes that sadden us as much or even more than the King who never was, like consumer society, mainstream media, drug dealing, the backstage of political power and corruption, in such a way that the skills of the director and its cast do an outstanding job that allows the audience to get a closer look at the current problems now reimagined in the play of the bard of Stratford upon Avon. The rebellious comic-tragedy tone of Shakespeare is shown in war-like makeup, border-line characters, apocalyptic beings (such as the gravediggers), theatre of the absurd, and an Ophelia, who crumbles before our eyes; but we can also find methods of silent films, like clown- a Hamlet that metamorphoses and creates, as if it was a magic act, new faces, masks, accessories and Chaplin-like elements. On rare occasions, like in the staging of professor Nieves, we come across a Hamlet that demonstrates his Hubris in such a cathartic way that makes us reflect on the biggest errors we have committed in our life in each step of a staging that in a creative way uses every space, it strikes us with flat screens that makes us feel Hamlet’s ghost, his father, talking to us in an intimate theatre, like a schizophrenic watching the nightly news, demanding him to commit outrages and fearsome actions with typical interferences of Slim’s telephony. There are news bulletins in the play that satirize the media’s sensationalism of our tragic destiny.
We also have references of a tribal world that portrays a Scandinavian and Celtic past, rarely highlighted in stagings of this medieval king, marked with magic and legends. He also invites us to his elite celebration (unlike our politicians, who don’t bother sending us any invitation) a Claudius, who is at the peak of power, dancing luxuriously with his wife a traditional Mexican jam and without a doubt, enjoying adultery that with spite and efficacy turns us into his unknown accomplices. The audience that already knows the play, will playfully deconstruct it with acrobatic and unexpected risks that the staging is taking, and finds in each corner, in each pursuit, in each piece of garment, makeup, somersault, epiphany, meaning, and communion. Those unaware of Shakespeare’s immortal text or those who have been whispered fragments about the tremendous drama of ghosts, madness, incest, assassinations and betrayals, at the end of the play will crave to know the original, which is in different senses, paraphrased, respected and in a moderate frame in this staging. Even though it can be considered as a twin of the original English work, without a doubt, this mesmerizing staging is an outstanding performance of corruption and fascination, are found in that hazy Denmark Shakespeare revives from the grief of the ancient Danish historian Grammaticus, such as the chaotic Elizabethan England, and like the turbulent, lunatic, upside-down Mexican society we live in.