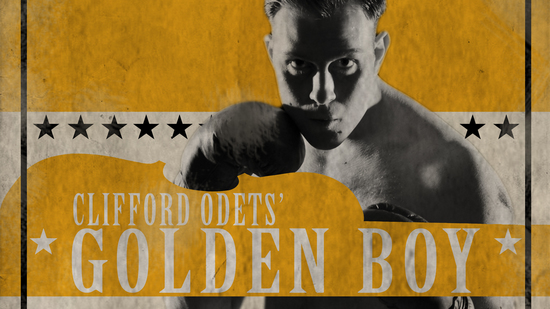 STELLA ADLER LAB THEATRE COMPANY is happy to join Fringe Festival for its 2016 season, performing Clifford Odets’ critically acclaimed Golden Boy to be directed by the multi-talented Actor/Director Rick Peters. Performance dates are June 17 through July 10, 2016. The show will be in the Gilbert Theatre at Stella Adler Theatre.

Originally opening on Broadway in 1937, the play had its second revival on Broadway in 2012/2013 where it received eight Tony Award nominations, including Best Revival of a Play, and three Drama Desk Award nominations, including Outstanding Revival of a Play. Golden Boy follows the life of a young Italian New Yorker in the late 1930s, who pursues the American dream of fame and fortune. Forced to choose between big money boxing and his dream of becoming a violinist, the young Italian runs the risk of losing everything he holds dear.

GOLDEN BOY has come full circle. Odets wrote Golden Boy (starring Stella Adlers brother Luther) to help support the Group Theatre company. Stella Adler was one of the founding members of Group Theatre and now the play returns to the place she once called home and the stages bearing her name.

GOLDEN BOY is presented by the Stella Adler Lab Theatre Co., and is produced by Rochelle Rossman. Previous Lab Theatre Productions include the critically acclaimed productions The History Boys and Six Degrees of Separation in the Lab Theatres 2014 through 2015 seasons.