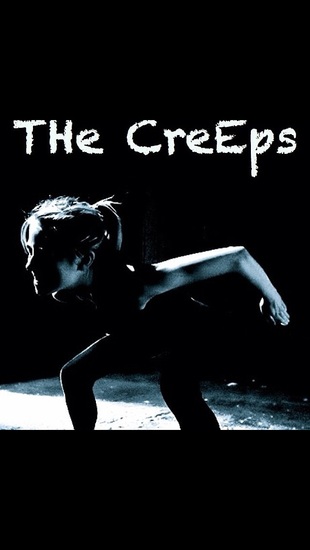 The Creeps is a devised Solo work. It can be described as a comedy with a dangerous element. The audience enters a world where 4 characters, all extremely different in their physical traits, all exist in a dark, absurd, mysterious, and lonely place. The audience will not be a passive one, as these characters are Bouffon’s, and they love to talk. In fact, they will talk straight to you, and you are expected to talk back. Themes of addicition, obsession, dissatisfaction and self medication will be present, and you will see all of these things living inside these characters.

The Creeps first premiered at the 2014 Hollywood Fringe Festival to rave reviews. Catherine Waller won Best Female Performer.
Catherine is excited to bring it to you again before she takes it to the Edinburgh Fringe, the Camden Fringe, and the Untied Solo Festival in NYC on 42nd street on BROADWAY!! That’s right!!! The Creeps is going to Broadway!

“Her performance is fearless and moving and even in it’s extremities it is laced with heartfelt truth and comedy. This show is proof that there is still creativity and wonderful originality in theatre.”- Eve Danzeisen, Leap First Films