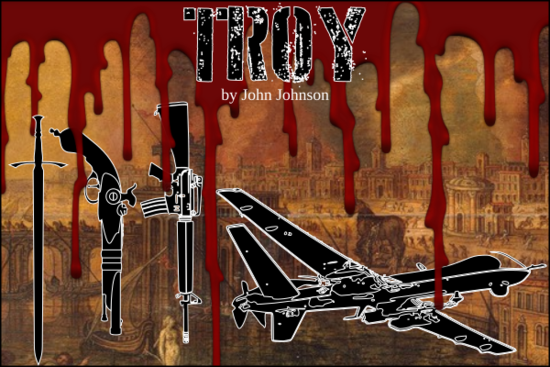 Trudging through a neck-deep pile of pages from its fallen rivals, TROY has emerged stronger, tighter, and more powerful than ever. Witness its glory at the RDS μPlay – a staged reading with a little more production and a lot more fun.

Photojournalist and war correspondent, Arthur Hess, has made his living taking photos of some of the world’s most violent places. But when his eldest daughter is publicly murdered, it is the photo he takes of her corpse that threatens to destroy both his family and his name. Inspired by The Oresteia, TROY is a play about the perplexity of grief in a war that is happening both far away and in our living rooms.