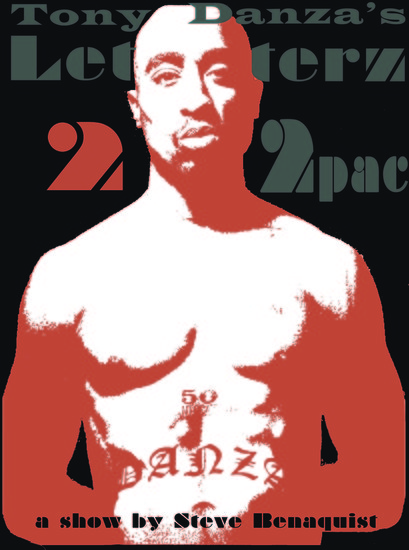 When Tupac Shakur went to prison, Tony Danza saw a stranger in need of a friend and wrote him a letter. Tupac wrote back, beginning a correspondence for the ages. Presenting this intimate tete-a-tete between two giants of the 20th Century is Mr. Danza himself. …presented by Steven Benaquist.

Tony brings Tupac so fully to life (no holograms!) you’ll swear it’s a two-man show in this heart-warming performance celebrating the special, until-now-private bond between Ton’ and ’Pac.

Tony Danza and Tupac Shakur: 2 Of Amerikaz Most Wanted!

BASED ON A TRUE STORY