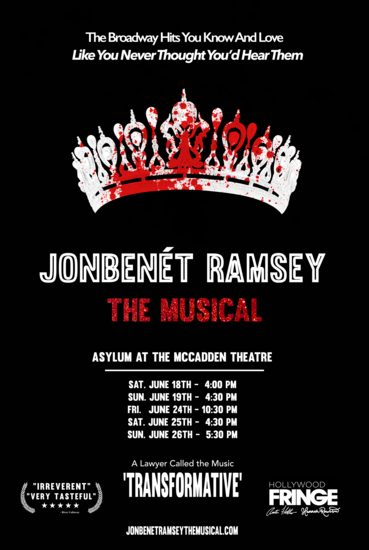 JonBenét Ramsey: THE MUSICAL takes you back to the mid-90’s and reopens the case that rocked America. On Christmas Day of 1996 JonBenét Ramsey, the six-year-old pageant queen, was brutally murdered, leaving the nation in shock as everyone questioned those who were closest to her. Join us as we turn the widely believed overbearing pageant mom theory into a musical hit! We’ll do our best to explain what we think really happened and tell a tale of how a staged kidnapping followed by a botched investigation led to the unsolved murder mystery that is still very relevant today.