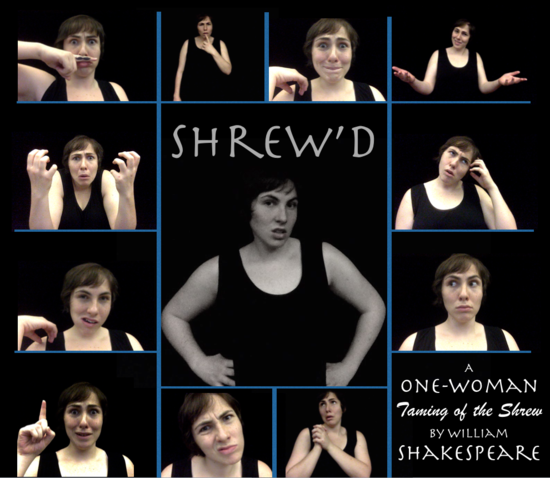 The Taming of the Shrew like you’ve never seen it before! This adaptation features Shakespeare’s language, physical comedy, fast-paced wit, and a light sprinkling of innuendo. In short, it is everything you’ve come to expect from a well-done Shakespearean comedy, minus all those extra actors! You will still get to meet almost all of the characters from the predominantly male, full-length version, only they will all be played by the same woman.
This experiment in storytelling, using voice and physicality to differentiate characters, was originally presented as a senior project for my degree in theatre arts from Benedictine College in Kansas.