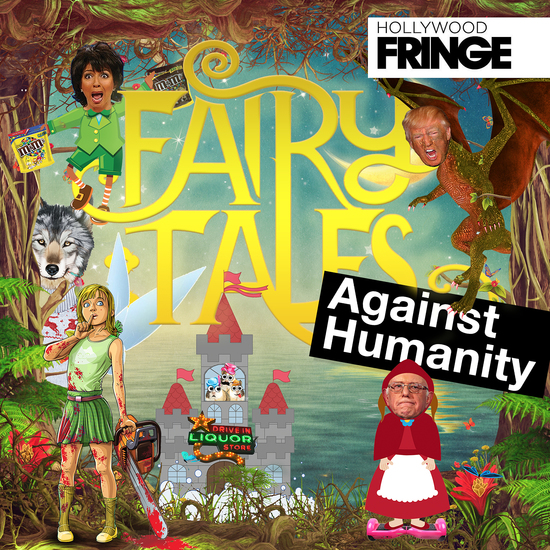 Once upon a [noun], all [expletive] broke loose…

Like children’s theatre gone horribly wrong, Fairy Tales Against Humanity is a new half-scripted/half-improvised show. We start with stories you fondly remember from your youth and—with suggestions from our special guests and you our audience—mutate and mangle them into hilarious abominations that would make Mother Goose cry. We’ll schmooze, we’ll laugh, we’ll sooth your childhood issues. But we’ll also scar your children, so leave them at home.

8/3 – Max Mittelman & Imari Williams – Two awesome voice-over actors for the price of one! Max voices Saitama on the anime series One Punch Man while Imari is Prashee in Lego Star Wars: The Force Awakens.

8/10 – Parvesh Cheena – A man of many talents, Parvesh played the hysterical Gupta in NBC’s comedy Outsourced and voices Blades in the animated series Transformers: Rescue Bots.