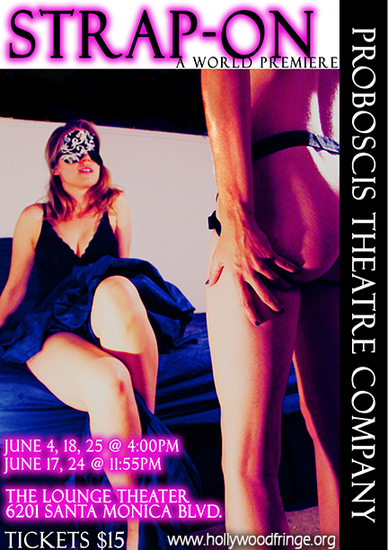 From the lunatics who brought you La La La Strada!

The defendant claims they were just role-playing and the sex/gender play (including penetration with a prosthetic penis) was consensual. The complainant claims she didn’t know her lover of two years was female and is pressing sexual assault charges. Could she really have been tricked for so long? Did the defendant actually commit “gender fraud?” Who is telling the truth? It’s up to the audience/jury to sort out this sexually confusing and gender fluid mess!