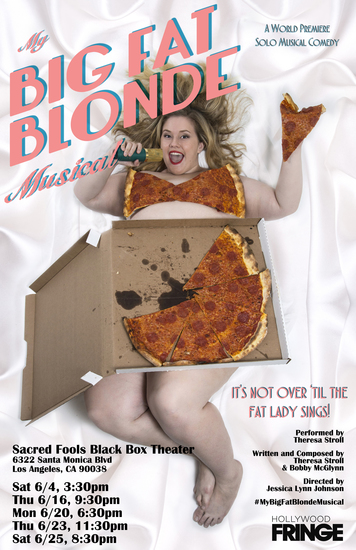 My Big Fat Blonde Musical follows Terri, an overweight actress, who moves to Los Angeles to pursue her dreams but finds the criticism hard to swallow. As Terri begins to digest the realities of being fat in Hollywood, she’s served a course bigger than she can chew: adulthood. Instead of waiting for her dreams to boil away, Terri decides to prepare herself a dish she’s never made before.