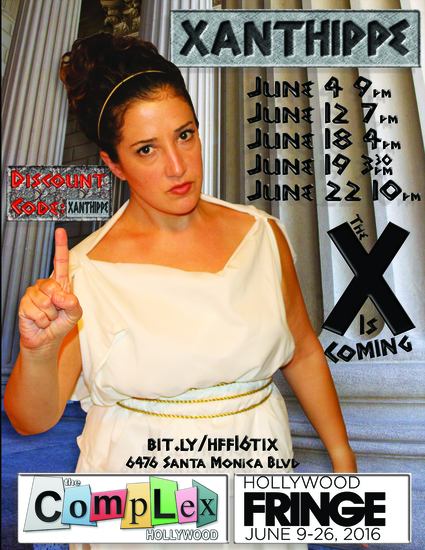 Taking the battle of the sexes to a new level… The X is coming….

“Xanthippe” makes its world premiere at the 2016 Hollywood Fringe Festival.

A hilarious comedy about the stormy marriage of Socrates and his wife, Xanthippe. History remembers Socrates as a great philosopher but remembers Xanthippe for her bad temper. But did he drive her to it?

A comedic dialog written, produced, and directed by Greg Mantell. “Xanthippe” is a parody of Plato’s famous dialog about love, “The Symposium.”