Not Another Horror Story 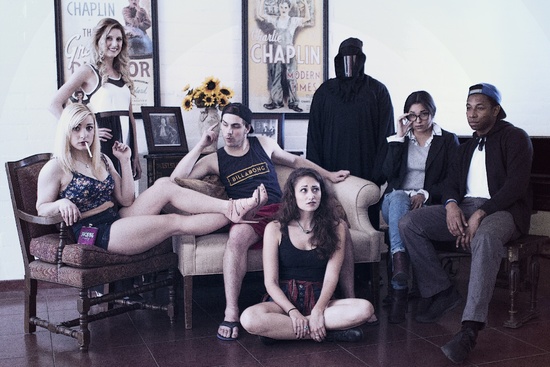 “Not Another Horror Story” is a Horror Comedy which parodies American Horror Story as well as other popular modern horror films. The story is centered around 5 college students who become trapped in John Herald’s Manor while seeking shelter from a storm as they searched for the cabin they rented for Spring Break. The house appears to be abandoned but the residents are only seen when they want to be, two of which happen to be Pageant models who work for the Lady of the House (the Countess). The girls try their very hardest to capture the children for the Countess but become easily distracted by other things on their mind. For instance, the wrath of John Sr. Everyone seems to be afraid of him, a terrifying figure in the night, but little do they know he’s not the one they should be fearing. The young adults’ true colors really begin to reveal when facing danger or even death. Will the girls be able to complete their task? Will the kids make it out alive? Can they protect each other when they really need to? Probably not. I guess you’ll have to see.