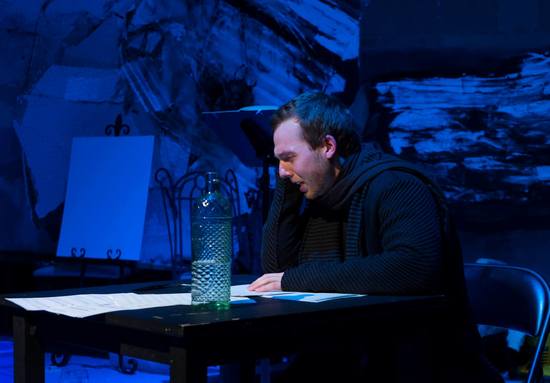 “Oh you men, who think or say that I am hostile, stubborn and misanthropic, how greatly do you wrong me”
Great art often comes from a place of suffering, despair and sadness.
The show depicts Beethoven’s early rise as a young musical genius, his struggles with love and society and focuses on his ongoing battle with his deafness and sickness, which had a huge influence on his music, and at one point in his life almost ended it.
“I would have ended my life, it was only my art that held me back – it seemed to me impossible to leave this life until I had brought forth everything I felt was in me.”

But, as the quote states, one thing that held him back from suicide was is art. Out of his misery arose an invincible hope, that showed his incomparable love for art and humankind and gave him the power to become one of the greatest artists of the history of mankind.

“Art, music is the one incorporeal entrance into a higher world. It and knowledge can raise men to the devine.”

“Let my deafness no longer be a secret, even in my art”
One of the most influential pieces of music history, his famous 9th symphony, he wrote being entirely deaf.

Watch Aramis Merlin, a German native actor and studied musician relive the love, the pain, the hope and these various stages of Ludwig van Beethoven’s life.
A theatre solo show that does not only involve acting, but also opera and piano.