A Shadow of Doubt 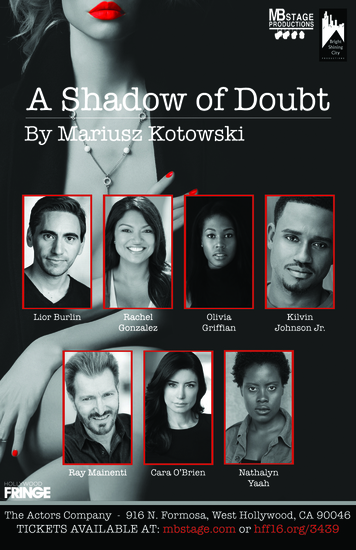 Nick Forman is a troubled writer who is accused of killing a young actress, Evelyn Dickenson. She was trying to get a job in his next picture, and that was her mistake. Nick’s past acts of violence make him the prime suspect in her murder. His only alibi is ex-reality star Kathryn Corvell. As she looks for an opportunity to further her career, she nearly falls in love with Nick. Meanwhile, Nick’s best friend Eric Spitzer, a policeman, and his wife Julia can’t help but get involved in the investigation. Leaving Nick’s agent Martin Wolff to keep his and Nick’s careers together, while a Detective Andrews is the only one who seems to care what actually happened to Evelyn Dickenson.