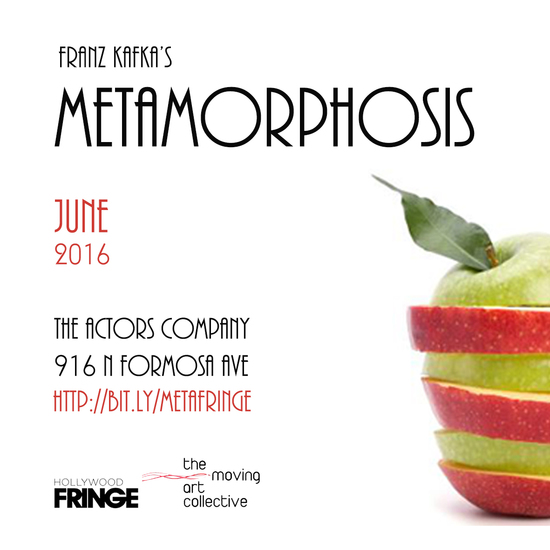 The Moving Art Collective recreates Kafka’s novella into a movement-based piece telling the story of Gregor Samsa, an overworked traveling salesman who one morning wakes from uneasy dreams to find he is transformed into a monstrous vermin. Gregor must now adjust to his new condition, as he deals with being burdensome to his parents and sister, who are repelled by the horrible creature he has become.

The company has performed previous works in Europe and in Brazil and been awarded artistic residencies by The Department of World Arts and Culture at UCLA and the Center for New Performance at CalArts. Most recently, it shared part of the work in progress CEM as part of the RedCat Studio in Los Angeles.