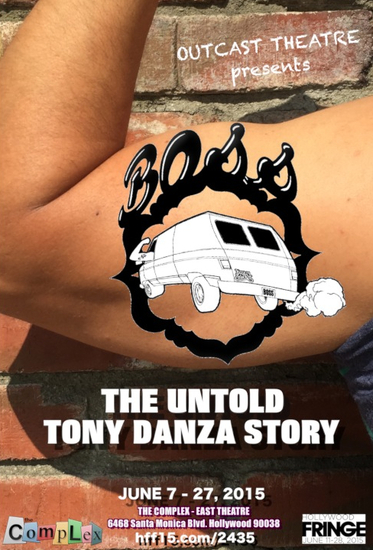 Boss first premiered at the 2014 Hollywood Fringe Festival where it won the prestigious “Encore Producer’s Award”. Since last year we have been workshopping this piece and it now includes a new cast, new script and a new director! We are excited to bring it back to the Fringe and share this outrageous comedy with Hollywood’s theatre community!

Boss: The Untold Tony Danza Story is a play based on the life and career of America’s favorite son and national treasure Tony Danza! Tony having been a huge star on Taxi suddenty finds himself out of work and looking for a job. A strange man makes Tony an offer he can’t refuse, but how much will Tony sacrifice to regain his fame?