No Traveler: A Comedy About Suicide 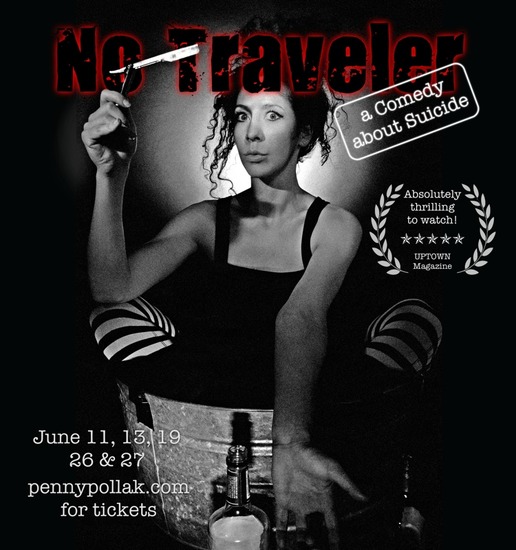 “Pollak flings herself around the tiny stage, eyes gleaming, hair flying. She creates each character totally a clever piece of theatre by an impressive performer, the kind of show that the Fringe should be about.”
-Kate Copstick THE SCOTSMAN

“Ms. Pollak brings a physicality to her roles that make her captivating to watch; she has amazing energy and vulnerability at the same time which coats each one of her characters with a layer of authenticity that reverberated throughout her performance.”
-Karen Tortora-Lee, The Happiest Medium

“A real pleasure to watch, she flits and flings herself around the stage, an anarchic rock chick with intense focus, wild eyes and a wide emotional range. There’d be worse ways to spend eternity than watching this charismatic, confident performer.”
-Edinburgh Three Weeks in Review