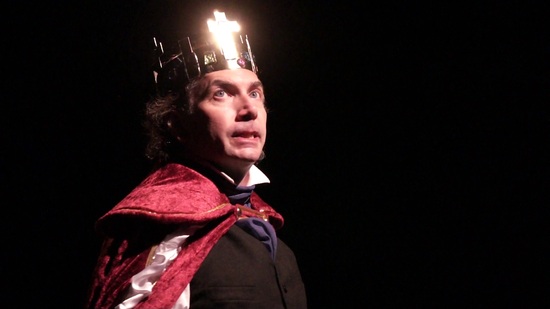 The Player King is a one man performance piece inspired by the lives of Edwin Booth, Junius Brutus Booth, and John Wilkes Booth. It takes place in the year following the assassination of President Abraham Lincoln. Edwin Booth, perhaps the greatest Shakespearean actor in American History, has been forced to quit the stage because of his brother’s heinous crime. He is questioning whether he can return to the theatre after the tragedy that has befallen his family. Part memory play, part soliloquy, The Player King is Edwin’s personal investigation into his relationship to his art and a search for an answer to the question, “What does it mean to be an actor?”

Written and performed by Darin Dahms
Directed by Paul Koslo